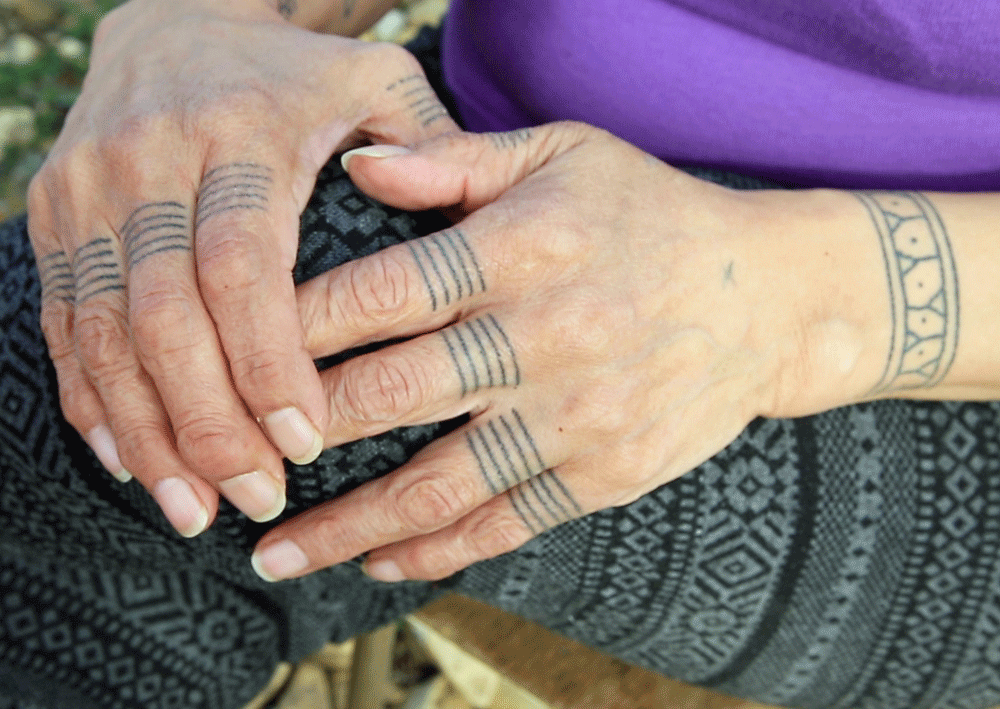 Tattoos have a rich history among Indigenous peoples of North America, including the Mohawk and Inuit tattooing. These traditional tattoos were used for both spiritual and cultural purposes and were an important aspect of the daily life of these communities.

The Mohawk people, who are a part of the Haudenosaunee Confederacy, have a long history of tattooing, and it is an important aspect of their culture. The traditional tattoos of the Mohawk were created using a process called “hand-poking,” where a needle is used to manually puncture the skin and apply the ink. The designs of Mohawk tattoos are typically inspired by nature and have spiritual significance. For example, the turtle is a common symbol in Mohawk tattoos and represents the earth and the natural order. The wolf is another common symbol and represents strength, endurance, and wisdom. Other symbols that may appear in Mohawk tattoos include the thunderbird, which represents the power of the sky, and the bear, which represents courage and determination.

Similarly, the Inuit people, who are Indigenous to the Arctic regions of Alaska, Canada, and Greenland, have a long history of tattooing. In traditional Inuit culture, tattoos were primarily worn by women, and were typically applied to the face, hands, and lower back. The designs of Inuit tattoos were typically simple and geometric, and often included lines, dots, and curved shapes. The tattoos were created using a needle and soot as ink, and the process was considered to be painful. Inuit tattoos were often used to mark significant events in a person’s life, such as a coming of age or a significant achievement. They were also used to indicate a person’s social status, such as indicating that a woman was married or had children. Additionally, some Inuit tattoos were believed to have spiritual significance and were thought to provide protection or bring good luck.

In recent years, there has been a resurgence of interest in traditional tattoos among Indigenous people in North America. Many people are choosing to receive tattoos as a way to reconnect with their culture and heritage. However, it’s important to note that these traditional tattoos are an important aspect of Indigenous culture, and the designs and meanings behind them are sacred and should be respected. It’s also important to consider the cultural appropriateness of getting a tattoo with Indigenous designs.

For more reading on Mohawk and Inuit tattooing click below.